"Our mission is to provide the opportunities to forge the bonds of strong community." 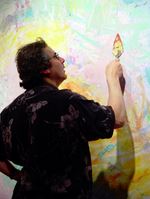 MARCEL MAJID KAHHAK
Marcel Majid Kahhak was born in Morocco and educated in France. In 1980, he resigned his career as a French professor to devote himself to art. This brought him to America, where he has devoted 32 years to creation and teaching, supplemented by European sojourns.

Although initially schooled in Realism, his vision matured alongside the lines of Impressionism, Expressionism, and, currently, Abstraction. Marcel believes that style is only a tool to express the "momentness" of personal creativity.

The artist also paints live, on location, at special musical and sports events.  His presence has been requested by prestigious institutions such as The Kennedy Center, Aspen Jazz Festival, The National Women's Museum, and the Skin's Game.

By age ten her talent was being cultivated through life drawing and sculpture classes.  Following High school Jessica attended Corcoran School of Art in Washington DC on a full ride scholarship.  Jessica then attended the American Academy of Art to further develop her passion for drawing.

She then moved to Los Angeles to attend Art Center College of Design to become a commercial illustrator. Branching out, she started her own company, JD Designs where her works were commissioned by CBS, NBC, FOX, and KFI Radio, creating album covers and movie posters. In 2001 Jessica re-ignited her adventure into the world of Fine art by attending an artist residency in Dobbiaco, Italy, where she studied with Jorg Madlener.

Since then she has exhibited her work Nationally as well as done many private commissions. Her passion for horses, the west and nature are re-occurring themes in her life and artworks. 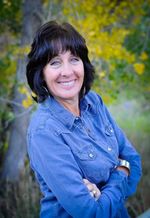 RUTH MOLLMAN
Mollman, who has taught art at Colorado Mountain College and the Garden School, noted that her first artistic inspiration was her orphaned cowboy grandfather, who grew up on an uncle's ranch, punching cows and riding in the rodeo. Fascinated by cowboys and their horses, she began drawing the faces of the west as a young child.

Today, Mollman is still drawn to quiet heroes who have known hardship and glory, and have weathered both without complaint or boasting. Her black-and-white pencil drawings mirror the simple, rugged beauty of the people and places she loves most.

There is something classic, clean and emotive about black and white art. Once color is stripped away, content is what's left, and creating content that inspires an emotional response is a challenging but rewarding task. 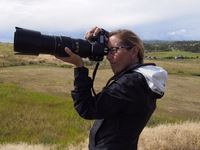 SUMMERS MOORE
Horses are pretty. This is not news! As subjects for the camera, they are as popular as they are ubiquitous, rivaling only kittens and puppies for a space in our hearts- and our bookshelves. Yet, while the pretty horse picture has become a calendar cliché, the truly stellar equestrian image has become a rare breed indeed.

The equine photographs of Summers Moore fit solidly into that latter category, and perhaps into a category of their own. Beautiful but unglamorized, her images depict an animal that is sentient and contemplative, in whose existence we see a reflection of our own. Whether blurred by movement, devoid of backgrounds, or cropped to a single body part, her photographs often veer toward the modern or abstract, yet the power of her composition never competes with the grace of her subjects.

A horse owner herself, Summers' keen sensitivity is apparent in her images. While her days often begin or end in the barn, providing hay for dinner or combing a shaggy mane, she readily acknowledges that it's the horses who often do the caretaking. After the recent death of her husband, she and her children found solace- and, eventually, artistic inspiration- in the company of Biscocho, Mara, Ingamar, Misty and Chandeler. Then, and now, her images present horses simply and as she sees them: stoic, honest, and strong. 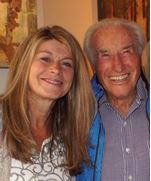 SUSAN OBERMEYER-STRAUSS
Susan was born in Aspen into a family who has always had horses. She spent her childhood in the 4H Club and trail riding. Later on she team roped, lived and worked on a cattle ranch. In the 90's she discovered endurance riding, and in 2003 made the US team and competed in the FEI Pan AM Endurance Games. Since that time Susan's passion for trail riding has not waned, "There is nothing quit like being somewhere deep in the wild landscape breathing in the natural beauty".

Susan's grandfather was a painter in Germany and her childhood house walls were lined with his paintings. Having never met her European grandparents,understanding how the paintings were done helped her to experience a transcendental connection with her ancestors.

For the past three years has studied Fine Art and Theory through the Transart Institute in Berlin, Germany. Susan has attended artist residencies in Berlin, NYC, Brooklyn NY, and in Venice Italy. In 2011 she began to show Internationally first in Sweden then in Firenze and Florence Italy, Steinen & Berlin Germany and Dublin. Ireland. In the USA she has had solo shows in NYC and in Palm Springs. Her work is held in private collections in Canada, Germany, Italy, Ireland, Bahamas, Indonesia and in the USA.